Tim Ellis is the founder and CEO of Sharpen Creative, in Middletown, MD. He designs logos, branding, printed materials, promotional items, and websites for new and existing small businesses.

Tim Ellis is the founder and CEO of Sharpen Creative, in Middletown, MD. He designs logos, branding, printed materials, promotional items, and websites for new and existing small businesses.

Working With Small Businesses to Provide

“To be involved in that process is truly an honor. Seeing a business grow is the icing on the cake for me,” says Tim.

“I love what I do — creating brands, building websites that are mindful and effective, seeing my work in real life, and working with high-achieving entrepreneurs. It’s inspiring and rewarding,” he says.

Whether you’ve invented a product or you’re providing top-notch service, Tim will help you shape the path to success.

Where it All Began

Tim was born in 1981 in Casper, Wyoming. When he was 7 weeks old, his family moved to the Baltimore area where his parents grew up. Shortly after they relocated to Washington County, Maryland where he spent the rest of his childhood and early adulthood. Williamsport High graduate of 1999.

When Tim was 3 and his brother Matt 5, living in Hagerstown, their Mom and Dad started a carpet cleaning franchise—scraping together as much money as they could find, knocking on doors, cold-calling, and working long days and late hours.

As he grew up, Tim went with his dad to appointments and learned really quickly what hard work looks like. He learned so much more—work ethic, being a proactive helper, customer service, sales, respecting customer's property, and so much more. He also took notice of all his dad’s hard work, his attention to the tiny details, and his knack for helping people. Tim absorbed it all. Both his mom and dad put major emphasis on their reputation, which Tim noted as being “the essence of their brand.”

Combined with a Desire to Create

Tim recalls when his parents dropped the franchise in 1992 and incorporated under a new name, AmeriClean Cleaning Specialists. His dad would take the “drawings” of the logo that the local design shop prepared, cover it with tracing paper, and trace over the design—making small adjustments in various versions to send feedback to the designer. “It was fascinating and it surely influenced my direction in life,” says Tim.

As a teen, Tim helped his mom in the front office of the business and gravitated towards the marketing she was doing. He loved to help prepare direct mail campaigns—in those days it was using clip art and manually feeding cards through a copier. He says, “The most fascinating part was to hear the phones ringing after a mail drop.” Tim was motivated by the positive effect it was having on the business.“My mom was always great at tracking the results and measuring the ROI.” Seeing how the marketing efforts directly impacted the bottom line of the business further developed Tim’s interest in design, branding, and marketing altogether, and a passion was born.

Plus a Ton of Family Support

Tim continued his love for marketing and his desire to excel at design when he went to Hagerstown Business College (HBC; now Purdue University Global), where he received his Associate of Applied Science Degree in Graphic Design.

Following college, in 2002, Tim founded a graphic design/branding agency in Hagerstown, Maryland, where he began offering design services, printing, and promotional advertising products. The agency was awarded several awards for logo design and had many logo designs featured in industry-leading design books. HBC was one of his first clients, and Tim was inducted into HBC’s “Alumni Hall of Fame” in 2004.

In 2009, Tim met Kristen and in 2010, they moved to Charleston, South Carolina—to explore a new area. Tim scaled back his agency and continued freelancing to have freedom for travel.

Their daughter Allison was born in 2011 in Charleston. Kristen pursued her bachelor’s degree in psychology and Tim continued to network as a freelance graphic designer and website developer. His clients were local and national, including active clients today in Massachusettes, Alabama, Colorado, South Carolina, Maryland, Virginia, and California.

In 2018, Tim and his family decided to relocate back to Maryland to be closer to family. They currently live in Middletown in Frederick County, MD—which is near his Maryland-based family and also close to Kristen’s family in the Chambersburg, PA area.

For the Love of Design

In 2019, Tim founded Sharpen Creative. Branding is the basis of Tim’s ambition. Whether Tim works on marketing collateral, branding or websites, he helps clients sharpen their brand by clarifying their message and simplifying their designs.

Tim uses a discovery process with projects to curate a strategy that is relevant to the goals, mission, and tone of the business. He asks the right questions to define the scope and expectations of every project. Tim remarks, “Every business has a brand story. Most small businesses are off-brand with themselves—being inconsistent, having the wrong tone, or even using the wrong colors can negatively impact the brand and the bottom-line.”

From Start to Finish

Tim is the Creative Director, Graphic Designer, Web Developer, Project Manager, and Account Executive on all of your projects.

Tim excels at logo design, brand development, graphic design—from sketching to hand-crafting them into digital vector glory, and then building it into a fully developed brand. It's what Tim is most passionate about.

Tim also especially loves taking the web design from form to function in a practical, user-centric approach. His foundation in print design reflects not only in his website designs but also in the way he thinks from the user’s perspective. “It’s most fun for me to help a business improve their lead acquisitions—from the amount they receive to how they are received,” Tim says.

Tim works with other screened and pre-qualified professionals to carry out parts of projects that are best suited for someone else's expertise. "Sometimes there's a need outside of my expertise and I have a vast catalogue of colleagues in many creative industries," says Tim.

Want to Talk About Your Business?
Grab 30 Minutes with Tim!

Let's get a time on the schedule to talk about your business. We'll discuss where you are in your business, what problems (if any) you're facing, what your future looks like, and how we might be able to help you with your branding, graphic design, printing/promotional needs, website, or online search. 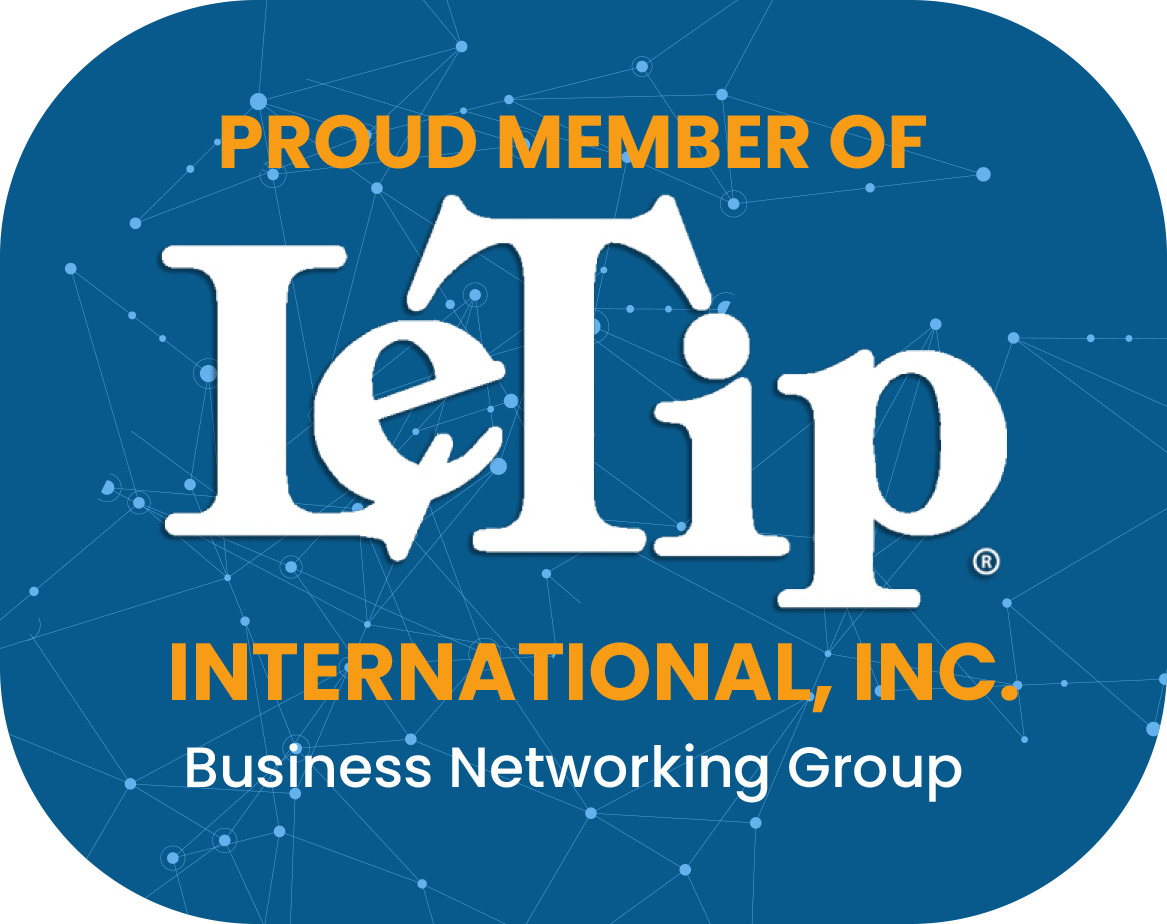 VP at LeTip of South Carroll

Tim is vice president of LeTip of South Carroll, a business growth and strategic networking organization that helps entrepreneurs and sales professionals develop leads and business connections. It is based in Carroll County, Maryland.

Join Tim virtually or in person on Thursdays at 7 am. Check out the LeTip of South Carroll’s website for more details and to RSVP for an upcoming meeting.